Focus on the Edge of Beauty

Rodney Charters, ASC is no stranger to camera lenses. He lives and breathes them. In a highly enthusiastic and effusive way, Charters speaks of how 2 to 1 compression in anamorphic glass offers the most painterly, expressive feel to the image. But it's the stuff that happens at the edge of the frame which gives him the most satisfaction.

He shifts in his chair to savor the thought and then gestures towards an invisible cinema screen.

"There'd be a lovely, sharp image on a person in the foreground," he says.

"But the image falls into great beauty at the sides of the frame. I love that."

In life, getting the big picture figured out is pretty straightforward. Some would call that "having a dream"... But it's the edgy details that ultimately determine our fate, and in some cases, reveal pathways to greatness.

In Charter's case, riding on those details has played a considerable part in his becoming one of a handful of cinematographers ranked top of their profession by peers and associates. Rodney Charters is firmly one of them. To date, Charters has been cinematographer, director, and producer for over 51 film and television projects throughout his career.

Charters was born in 1948 and grew up in New Plymouth, a small town on the west coast of New Zealand – an environment he says that both encouraged and fostered his career path.

Inspired by his father Roy Charter's love of movies, Charters got behind a camera early on, progressing quickly to his father’s Bolex H16 REX-5. His proudest childhood memory, however, was watching Roy hand-develop a 16mm film of Queen Elizabeth 2’s visit to New Plymouth during the 'royal summer' of 1953–54.

Keenly observing how the stunned local audience watched the footage come to life in the local cinema the next day, Charters felt an indescribable connection to the moving image, stirring an emotion from deep within.

“I had witnessed the magical experience of processing and printing my first photographs in my father’s laboratory,” he recalls.

"From that moment on, it was inevitable that I should fall in love with movies and become a cinematographer."

The Path to Becoming a Cinematographer

When Charters left his father’s studio, he enrolled at the University of Auckland to continue his formal studies. During this time, he made his first solo film, a black and white short called Film Exercise (1967), which premiered at the Sydney Film Festival. As fate would have it, the film earned Charters a place at the new film school at London’s Royal College of Art in London—past alumni include directors Tony Scott, Richard Longcraine, and D.P. Stephen Goldblatt, ASC.

After graduation, Charters worked on commercials in London then after a move to Toronto, found employ shooting documentaries for a Toronto-based Canadian network. The next fifteen years were spent globetrotting through South American jungles to Cold War affected Soviet Russia.

Charters soon gravitated towards drama and in 1986 became second camera operator on a feature called Youngblood, starring a young Rob Lowe as a teenage ice hockey player trying to make a name in the Canadian Junior Hockey circuit. The film even bagged Mark Irwin, ASC a Genie Award (the Canadian equivalent of an Emmy) for Best Achievement in Cinematography.

In 2004, Charters became a member of the American Society of Cinematographers (ASC), marking a significant milestone in his career as a cinematographer. Now with two Emmy nominations for his work on the acclaimed FOX series 24, in 2005 and 2006 respectively, Charters is also a member of the Directors Guild of America. In 2013, he was awarded a Lifetime Career Achievement in Television by the ASC.

The Technology of Success

There's an ease of understanding and appreciation for all things cinema tech-related when you converse with Rodney Charters in the flesh. Softly spoken with that unmistakable kiwi accent, he is a kind face with squinting eyes that promise years of wisdom—truth gleaned from time spent behind the camera.

And despite his numerous accomplishments, awards, and titles, Charters gives the impression that he's never settled for anything less than what has yet to come. In this way, he's always remained ahead of the curve, contemporary and relevant, especially when it comes to devices that help him with his visual storytelling.

And it's true. For perhaps the first time in history, everybody has access to high-end filmmaking gear. But anyone can have the gear to make movies. The hard part is having a good story. If, as Charters claims, you have no story, then connecting with an audience won't happen—"it's not sufficient for it to be an exercise in sumptuous visuals," he says somewhat cautiously.

More importantly, students from middle-income families can, as Charters suggests, walk away with equipment that will do a perfectly good job at a feature level.

But Charters postulates that if parents can afford to buy their kids a car when they graduate, chances are they could probably afford a decent camera too. Though he’s quick to warn that it's easy to get overwhelmed by all these potentially amazing tools, “to make them become what it's all about when in fact it's not,” he says.

In contrast, when Charters was at film school, there was no access to equipment unless he was on campus. Even then he was tasked with using the old beaten up system that the school had. Still, he struggled and produced an award-winning short. If, as they say, all great filmmakers must have a strong sense of authority with excellent communication skills, then Charters certainly demonstrated these master traits early on.

"It's about telling a story that has a beginning, middle, and end,” he says.

That's what people want to see. That's what moves them. If the photography gets in the way of that, then that's not a good thing."

Storytelling as Part of Human Evolution

Today's filmmakers use cutting-edge technology to get the most memorable shots for audiences. One of the latest tools to get these kinds of shots are drones. Nowadays, remote-controlled drones are just about everywhere, ranging from small toy drones to larger rigs with heavy payloads. With super high-definition cameras attached, they give a perspective only previously achieved using a costly helicopter, an experience Charters is all too familiar with.

"In the beginning, you'd say, 'I'd like to do an aerial shot,' and the studios would never let you do it because it was just too expensive," he says with a mixture of befuddlement and relief—relief that this isn't the case anymore.

It's only when DJI released the Mavic Pro that wider aerial possibilities opened up to filmmakers because, according to Charters, you could use a Mavic Pro image in 35mm projects, and people wouldn't know the difference from the air.

"That was suddenly, oh gosh,” he says.

"Even if you went up while you were scouting and rolled on your camera, there was a chance you could use it [the footage] because it was perfectly acceptable."

Since the Mavic Pro, Charters and his team have used a host of DJI drones including the Inspire 2 and DJI rigs such as the Ronin 2 to get those never-seen-before shots on productions as wide-ranging as MTV's The Shannara Chronicles, TNT's The Last Ship, and more recently, JAY-Z's Legacy music video. He's even used tiny racing drones to simulate the first-person view of an arrowhead whizzing through trees.

A can-do Kiwi spirit mixed with adaptability and an increasing tech acumen meant that Charters was in the right place at the right time to fully embrace the advent of drones in cinematography. It was a natural evolution of this happenstance that his team would discover DJI products and put them to use on set almost immediately.

“DJI’s system as a whole is so well-integrated,” Charters enthuses.

"They were the first company to take charge of the market professionally and say, 'Yes, we understand what you need, here it is, now go fly!'"

For all his experience and expertise over his craft, Rodney Charters, ASC, is a man most satisfied when people don't notice his work at all. This might strike some as odd, but it also speaks of how a true master views the details in their art.

"The beautiful films that work in our minds are always the ones where you don't notice the cinematography," he concludes.

"Because it attends to the story and the overall final product is deeply moving, you come away saying, 'Wow! That was an amazing experience.'"

The photography might be great, the gear used first-rate, but it's the overall story that matters most.

How do Charters come to equate his vast attention to detail – lenses, cameras, framing – with an audience who might not ever appreciate the amount of thought that goes into a shot?

He pauses, then says softly:

"I think of it like looking at a great master's painting. You don't necessarily need to look at every brush stroke. Ultimately, it's the overall impression you get from the whole image.

It may be a kind of pointless technique in the details, and when you get in that close, you can see that. But when you stand back taking in the whole thing, it just moves you.

That's what should be satisfying about it." 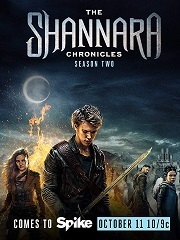 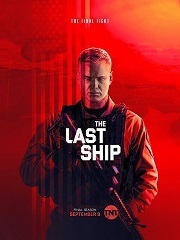 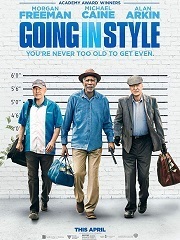 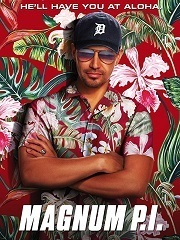 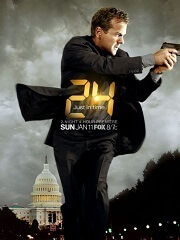 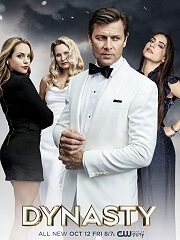 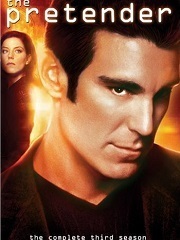